Alternatively join us on the start line –

Tomorrow is an exciting day for the Godber Foundation as we hope we will all be getting out onto the pitch and playing for the first time this ‘summer’ as the whole team are keen cricketers and excited to get going we though it was about time we took a little look at what the season holds for a few of our team.

We will start with Stew Scott who made an impressive start to his time at Beverley last season and will be hoping to push on this year and work his way up through the teams cementing his place along he way.

Will Harrison, another Beverley player looking to secure a place for himself in the second team this season has set himself the lofty targets of 600 runs this year as well as 15 dismissals from behind the stumps.

Next we get to have a look at 2 captains at Cherry Burton. First team captain Chris Wilson will be looking to lead his team at the highest level the club has reached for the first time this year as they embark on a debut campaign in York Senior Leagues Holderness Division 3. A new challenge for him to lead his team through but one he is confident they can at very least hold their own throughout. He boasts what he believes is the strongest overall batting line up the club has seen in his time as well the same ever reliable bowling team as much of last season. On a personal note Chris is looking to improve on his run contribution from last year with his eyes on a second career century this season.

New to captaincy and oh too familiar with new responsibilities this season, Sean McLean takes charge of the cavalier side in mid week for the first time which he will be juggling with the imminent arrival of child number two. He is hoping to continue improving behind the stumps, learn some new banter (beyond warning the batsman that Jack Wilson is his next bowling option), and try and score a few more runs than usual. A rather modest target for the season.

As for myself I am just looking forward to getting back out into the middle. Last season was a steady year for me, with the ball it was a modest number of wickets thanks to the rise of fellow TGF member Paul Ellis (who took all the wickets) but with the bat I exceeded my own expectations a number of times over. Let’s hope this is another year of building on the positives with the bat and of course keeping things tight with the ball.

Good luck to everyone getting started over the coming weeks let’s hope for a dry summer and lots of cricket! 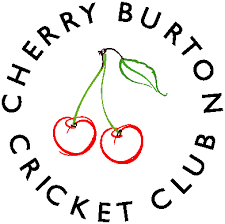